Just like YouTube stars, brands have also recently been cancelled with the increase of social media activism.

And they aren’t just coming for the Aunt Jemima’s of the world either, as previously unproblematic food magazine Bon Appetit was recently cancelled. Cancel culture isn’t as simple as being ‘wrong or right.’ Every brand that gets cancelled has a different reason and outcome. The following examples we’ll be examining are very different in situations, players involved and even history, but the result is the same; brands are getting cancelled. 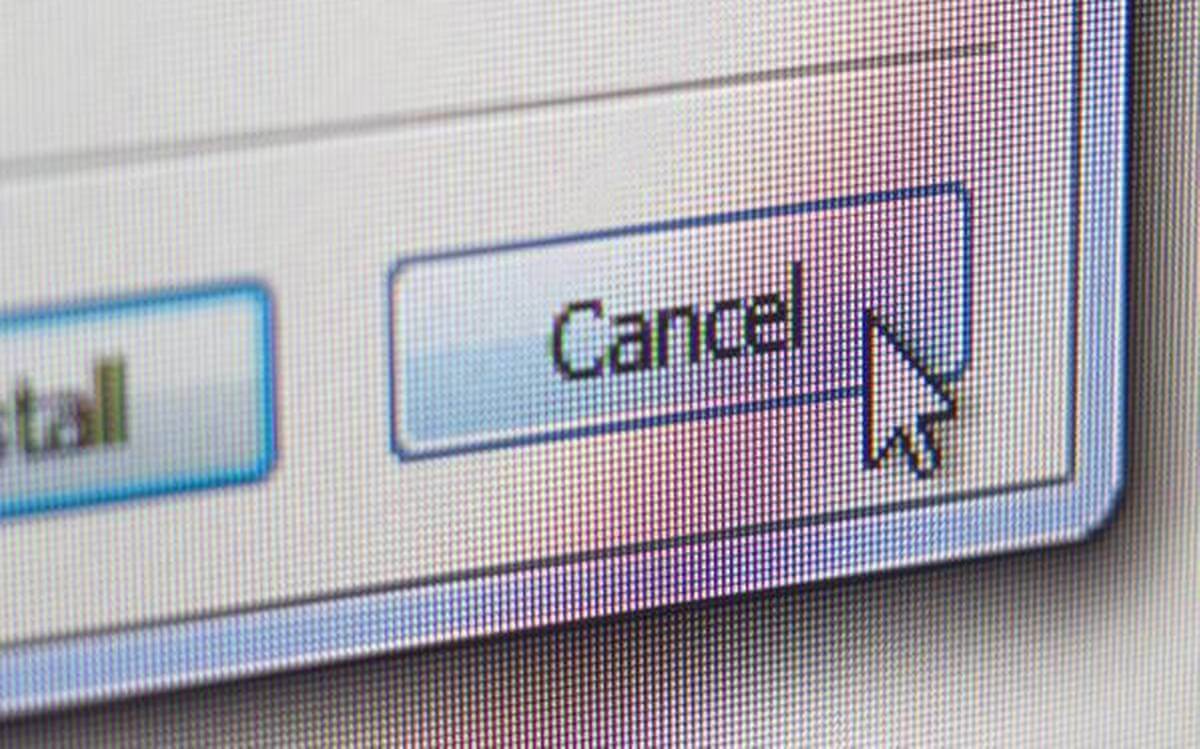 Condé Nast’s food magazine Bon Appetit was a rarity in the publishing world. A 1950’s magazine that navigated the digital revolution to become a popular publication among the food industry, and as of this writing, their YouTube channel boasts six million subscribers.

As we explored in Part 2 of this series, YouTube advertising works by brands playing their ads in front of videos to target the audience who would watch Bon Appetit. Because it’s primarily a cooking show, many of the ads played in front of the videos were popular food brands, lifestyle brands and restaurants. The Bon Appetit videos were known for their fun, simple but creative edits, featuring chefs who had bright personalities. But as fans started looking deeper into what seemed like a fun, easy-going magazine publication, they discovered a brand filled with toxic culture and racist leadership.

First, a blackface photo resurfaced of the former Editor-In-Chief Adam Rapoport, after which he resigned from his position. Then, a few of the people of colour who worked as chefs for the magazine shared their stories, stating that they were paid less than their white colleagues, and some of their editorials were taken out due to ‘not being strong enough.’ One of the chefs, Sohla El-Waylly, took to Instagram to tell followers that she was pushed to be in the YouTube videos to display diversity, while not getting paid for her appearances, unlike her white counterparts. Soon, similar stories started to emerge on social media from the other chefs who were not white. In addition to these stories, a series of allegations against drinks editor Alex Delany surfaced, including how he made a confederate flag cake, which he posted on Tumblr. While Bon Appetit was not cancelled as a whole, Alex and Adam were cancelled by social media users, and the magazine has stopped posting videos since the incidents. Not only has this cost the company subscribers, but it’s also lost the brand any potential revenue it would be getting from the ads that would play in front of new content. The channel would typically upload multiple videos a week, but have been dark since June.

After months of cancellations, boycotting and call-outs, the majority of Bon Appetit’s chefs have all decided to terminate their contract with the YouTube channel. The chefs who identified as people of colour couldn’t reach a fair negotiation and issued statements on Instagram and Twitter, announcing their leave, followed by the other chefs who also announced their leaves as an act of solidarity. In this case, those who cancelled Bon Appetit did so to pressure Condé Nast to pay the employees fairly. After the company failed to do so, the YouTube channel fell apart in a matter of days, which caused even more people to cancel Bon Appetit.

One Twitter user @its_jessico summed up the situation: “the fact that Bon Appetit was publicly called out, had a massive part of their fan base hold them accountable, had employees boycotting, and after weeks of negotiation STILL refuse to pay POC a fair rate should tell u everything about performative activism from businesses.”  The company’s actions have caused outrage from their internal employees to fans on social media. Bon Appetit’s YouTube channel was what brought attention to the magazine; in March, during COVID, the magazine had seen its most successful months of all time due to the chefs posting lighthearted, humorous cooking videos from home. Just a few months later, though, the company was getting cancelled and called out by even the most devoted fans. Fast forward to today, the popular channel no longer has any content coming out, and the unfairness towards the people of colour has resulted in seven chefs quitting the video platform. In this case, cancel culture held the brand accountable, but because Condé Nast refused to change their actions, their YouTube channel was negatively affected, which was their most successful platform. Even if the platform resumes production, many of the popular personalities have quit and the majority of social media users remain outraged. Therefore, it’s unlikely that the videos will be as successful as they once were. The new acting Editor In Chief, Amanda Shapiro, has stated that her role will only be temporary and that she urges a person of colour to take her position. The New York Times had asked Shapiro what her plans were to address the ongoing concerns, however, she declined to comment or discuss any of her plans. 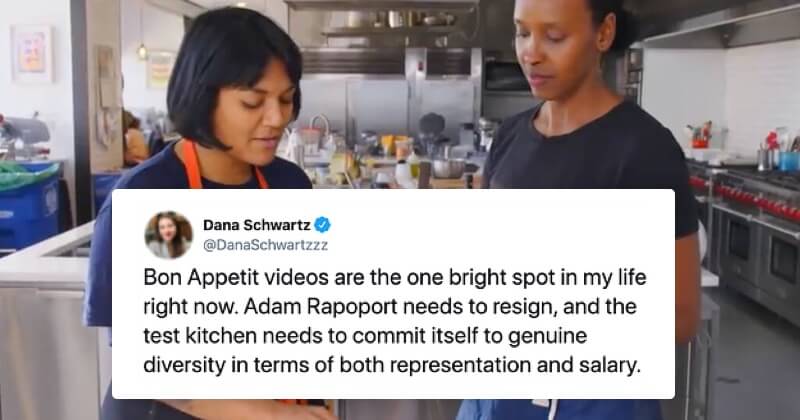 Quaker, which owns the syrup brands “Aunt Jemima” and “Mrs. Buttersworth,”  made changes to the brand’s name due to cancel culture. Social media users were angered by the racist trope associated with the name Aunt Jemima, which emerges from the racist “mammy” stereotype that sees Black women as servants. Users cancelled the brand, which resulted in them vowing to change the name and logo.

Similarly, the brand Uncle Ben’s owned by Mars, Inc., is changing its brand name due to cancel culture. The name and logo stereotypically portray Black men during the Jim Crow era.

In these cases, cancel culture worked for the brands and for those who wanted to cancel. The brands haven’t disappeared, but they have promised to change the brand names and listen to consumers. For brands like Quaker and Mars Inc., being cancelled is really just the first domino. Once a brand gets cancelled in a public forum like social media, it’s really only a matter of time before sales are affected. By listening to the public, apologizing and changing the brand names, they’ve taken the first step.

Unlike Bon Appetit, Quaker and Mars Inc’s threats of being cancelled weren’t surprising or abrupt. The names were deemed offensive and stereotypical since the 80s, but the company’s did nothing when scholars and activists complained about the brand names. That’s where cancel culture comes in: brands are afraid that getting cancelled means losing customers, so they have to make a change. In Quaker and Mars Inc’s case, It doesn’t mean their brand is going to cease to exist; it just means the names will need to change to better fit today’s world. A company’s commitment to making a real change shows consumers that brands aren’t just issuing an empty apology; they are going to recognize their mistakes and change the names.

Trader Joe’s, as mentioned in the first part of our Cancel Culture series, contrasts this strategy. They were on the verge of getting cancelled, but they fought back by remaining authentic and confident in their decisions. The company had gotten into trouble because some of its products were named “Trader Jose,” “Trader Ming’s” and “Trader Giotto.” The brand decided to review the names internally through employees and externally through consumers. After reviewing the names, and deciding that the names appreciate cultures rather than appropriate them, the brand decided to keep the names and stated that they will not change them just because there’s an online petition circulating the Internet. The statement they released said “We want to be clear: we disagree that any of these labels are racist. We do not make decisions based on petitions.” In this case, Trader Joe’s navigated cancel culture by remaining authentic and making sure to review their product names with their target customers and employees. 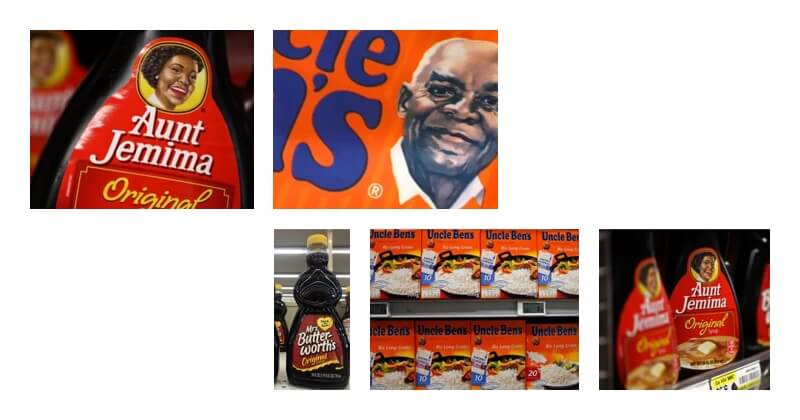 Navigating cancel culture as a brand

Cancel culture isn’t something that should be shrugged off and disregarded. It can happen to any brand or celebrity, and responding to it is crucial. After issuing a public apology, brands should let consumers know the steps they are taking to fix their mistakes.

According to Forbes ‘How Brands Can Navigate Cancel Culture,’ brands should do their research using focus groups and consumer surveys to understand their consumers’ beliefs and values further. The key point in navigating cancel culture as a brand is to remain genuine. Owning up to past mistakes and guiding consumers through the steps that will be taken to learn and change is the best way to avoid getting permanently cancelled.

When it comes to legal aspects of getting cancelled, brands can protect themselves through a morality clause, which would protect the brand if one of its employees were to get cancelled. Morality clauses came from the 1920s but were abandoned during the Cold War, only to make a comeback in the late 2010s and 2020, due to the rise of cancel culture.

Whether you agree with it or not, cancel culture is a massive part of today’s social media usage. Every day a new brand or celebrity is seemingly cancelled for something that bothered the public. It’s easy to say you agree or disagree with cancelling someone, but understanding cancel culture is the key to navigating the modern digital landscape. The main takeaways from our entire Cancel Culture Series are that being genuine and transparent with audiences is the best way to have people on your side. Although some people are less likely to see the effects of getting cancelled, as we examined in our YouTube Stars piece,  it is essential to remember that these past actions have likely hurt a community. Helping that community out, along with learning from past mistakes, is the best way to apologize. 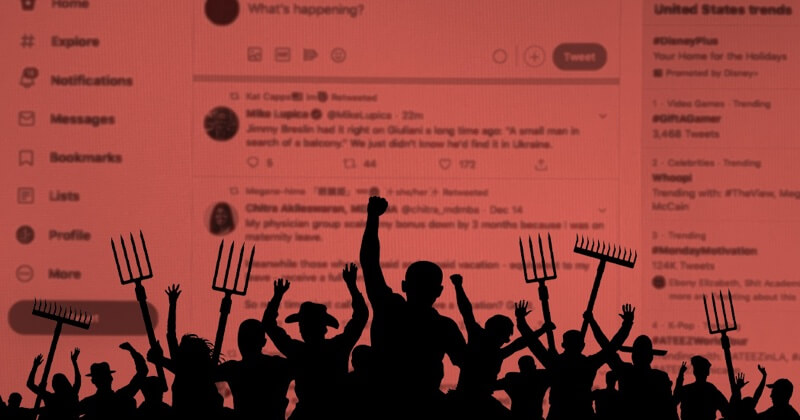